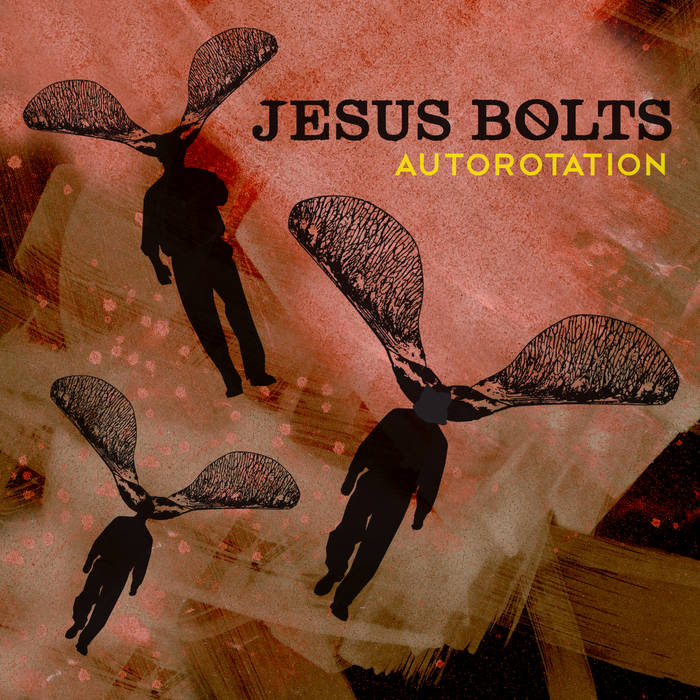 Resembling the two forces of nature, gravity and aerodynamics, that come together to create the natural phenomenon of auto-rotation, Robyn Sellman and Igor Olejar combine their many musical talents on Autorotation’s latest release, Jesus Bolts.

Like a hungry, rebellious pigeon that refuses to be pigeonholed, the new release bravely wonders through the musty, unexplored attics of electronic-based pop: from the glitchy-dance-choral groove of Green Army Choir, balkan-ska-industrial rock of Mothers, low-fidelity-samba folk of Autorrhea, to the odd-rhythm industrial dreamy pop of And Yet We Continue. Throw in a couple of short grindcore-inspired experiments and conscious lyrics, and you’ll get an explosive EP that turns political music onto it’s head, thus creating an exhilarating statement of anarchist musical politics.

Conceived and recorded in their garage in Deptford over the autumn 2010, Robyn and Igor decided to throw away their laptops and use their musicianship to the fullest. Utilizing two Panasonic RX-5500 boomboxes to record the entire EP, they spent countless hours recording parts, sometimes playing the same four bars a hundred times, until they got it right. This warmth of the analog sound and the spontaneity of the actual performances shine throughout the release.

Robyn and Igor met in the early 1990s through their humanitarian work in the war-stricken Balkans, where they were killed by helicopter fire near Sarajevo. Fortunately, both being Buddhists, they quickly reincarnated, this time in the peaceful suburbs of Toronto, Canada. Since then, they’ve been making, releasing and performing music throughout the world. With this new release, named Jesus Bolts, Autorotation face the demons of their personal histories and hope that the Jesus bolts of their love for music and each other will not fail any time soon.

Autorotation are an industrial art-pop band from London. Main members,

Bandcamp Daily  your guide to the world of Bandcamp

Featured sounds by K.Spark and WIZDUMB, plus Basi joins the show to discuss his latest release.